Here's a translation I made of Refugio's beautiful description of La Voz Lenca's inauguration day festivities, together with a few of the pictures he sent

The inauguration festival of the La Voz Lenca [The Voice of the Lencas] on 1580 AM, began about 2:30 [last Saturday], although many people arrived early and the cooking had started the day before.

First, everybody who came from the COPINH communities had a meeting. They mentioned each community, organization and person who participated. They were asked to raise their hands if they were there, and everybody applauded for them. Also they mentioned PCP and COMPPA, as well as all the unknown people who helped to get La Voz Lenca on the air. They summarized a brief history of COPINH's project of community communication. 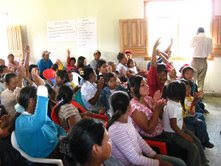 After that, a Lenca prayer was said around the transmitter building. The people looked to the four cardinal points and asked that it go well for the people who struggle in those four directions, and also for the communities of COPINH, and that the AM radio be a good tool for the communities. 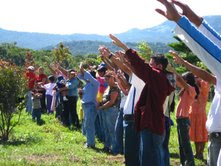 The transmitter building was blessed, and then they walked to the base of tower, to also bless the antenna.

At that point, a live transmission began which presented the programming of La Voz Lenca. Women and men spoke in the name of the communities and projects of COPINH. Also transmitted were words of solidarity from representatives of the other organizations which had come to celebrate the birth of the AM station.

Then began the dance, during which the special transmission continued. Finally, in the kitchen, the soup and the carne asada (meat cooked in a sour sauce with onions and hot peppers), the vegetables and the tortillas were ready. The people ate, standing or sitting on the ground, like people of the country, like people of struggle.

Later some people had to go, others stayed on to dance all night.

A simple day, but very full of ceremonies and signs. 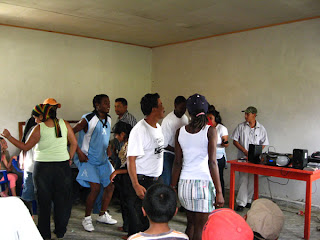 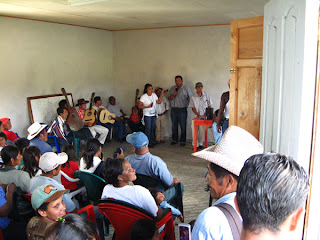 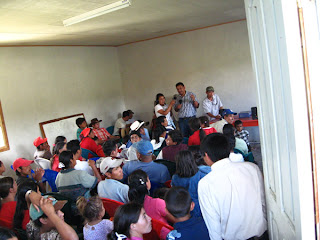 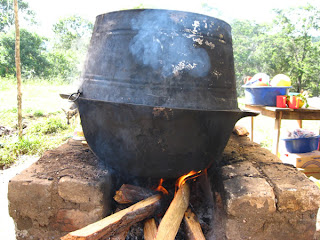 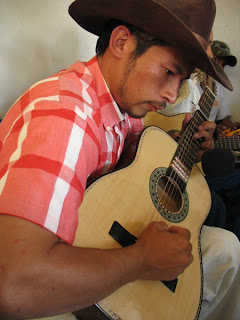 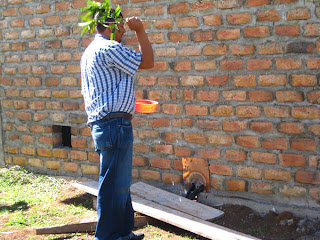 It's really great to see that the AM transmitter is now up and running. We visited COPINH / La Voz Lenca in August and it is a shame that we missed the inaugural party. Everybody involved has done a superb job.