I just got word from Timo of COMPPA that La Voz Lenca has received funds for buying a new, slightly more powerful, and much more reliable AM transmitter. This is wonderful news. Much credit goes to the folks of COMPPA who have cultivated the resources to make this possible. The way it looks now, We're planning to meet up in La Esperanza in March of next year to install the new stuff, including power conditioning to reduce the huge instability in the power line voltage there, and a new high quality limiter to deliver the best possible audio signal. Good chance that I'll be driving the stuff down...even though the new transmitter is much lighter and smaller than those old ones, it's still too big to be checked luggage on a commercial airplane.

The situation in Honduras is still very bad. There were widespread problems with the election last Sunday, with a large number of voters not voting out of fear, or boycotting the elections, not wanting to validate a flawed process. Large turnouts were announced by the electoral commission in an effort to show legitimacy for the process, and unfortunately, most foreign media just regurgitated that without checking on it's validity. The actual numbers, especially in the outlying areas, were extremely light. It seems that the country now has three presidents, all whose claim to power is questioned by many if not most. Meanwhile the people suffer, anger rises, repression rises, and I think there's a real possibility of war if some hot button gets pushed.

Anyway, here's some more pictures of people who aren't very worried by all that...some of the kids who live at the house I ate at... 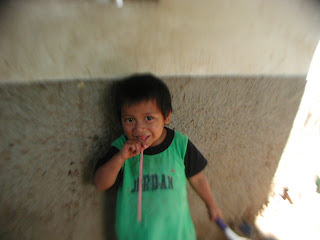 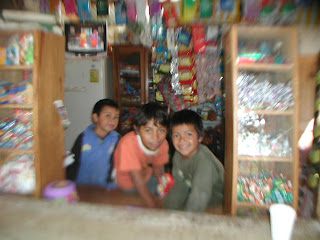 Look for more pictures and news about the unfolding situation soon.

Peace, Bill
Posted by Bill Taylor at 8:54 AM