AM radio towers are a bit different than those for most other services. The whole tower is electrically charged with the broadcast signal. At the tower's base is a tuning box (ATU) which connects the buried feedline to the antenna. There is also a special coil, called a "choke" which separates the AM tranmitted signal from the ordinary 120 volt line current for the tower light. Here's a picture of some COPINH volunteers putting up the ATU a few days ago -- 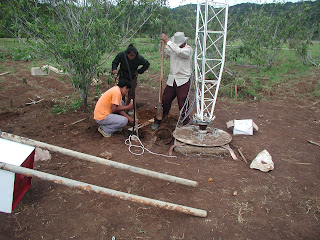 Here's a picture of the tower base, complete with the hitch-ball lightning arrestors designed by Ben. 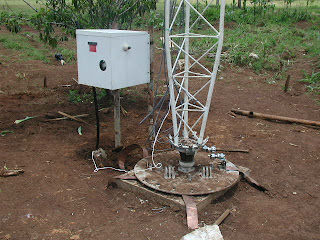 All of that delicate and dangereous equipment at the base of the tower needs protection, and in turn, people and animals need a deterrent to keep them from touching the tower. Here's a few pictures of the fence COPINH folks built today to do that. It's made of "lomo", which is Spanish for the outside slabs with the bark on, which are the first things cut off to allow a sawmill to cut straight lumber -- 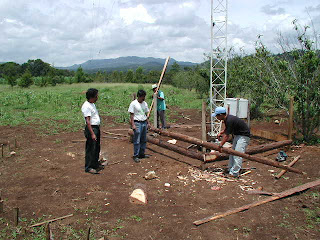 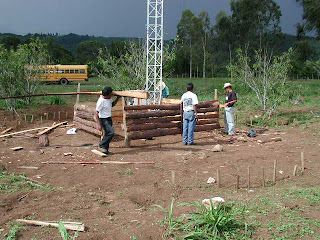 It is all looking so so beautiful!!!!

Keep up the great work..
and remember to leave a bit of time to enjoy it all.. Adrienne